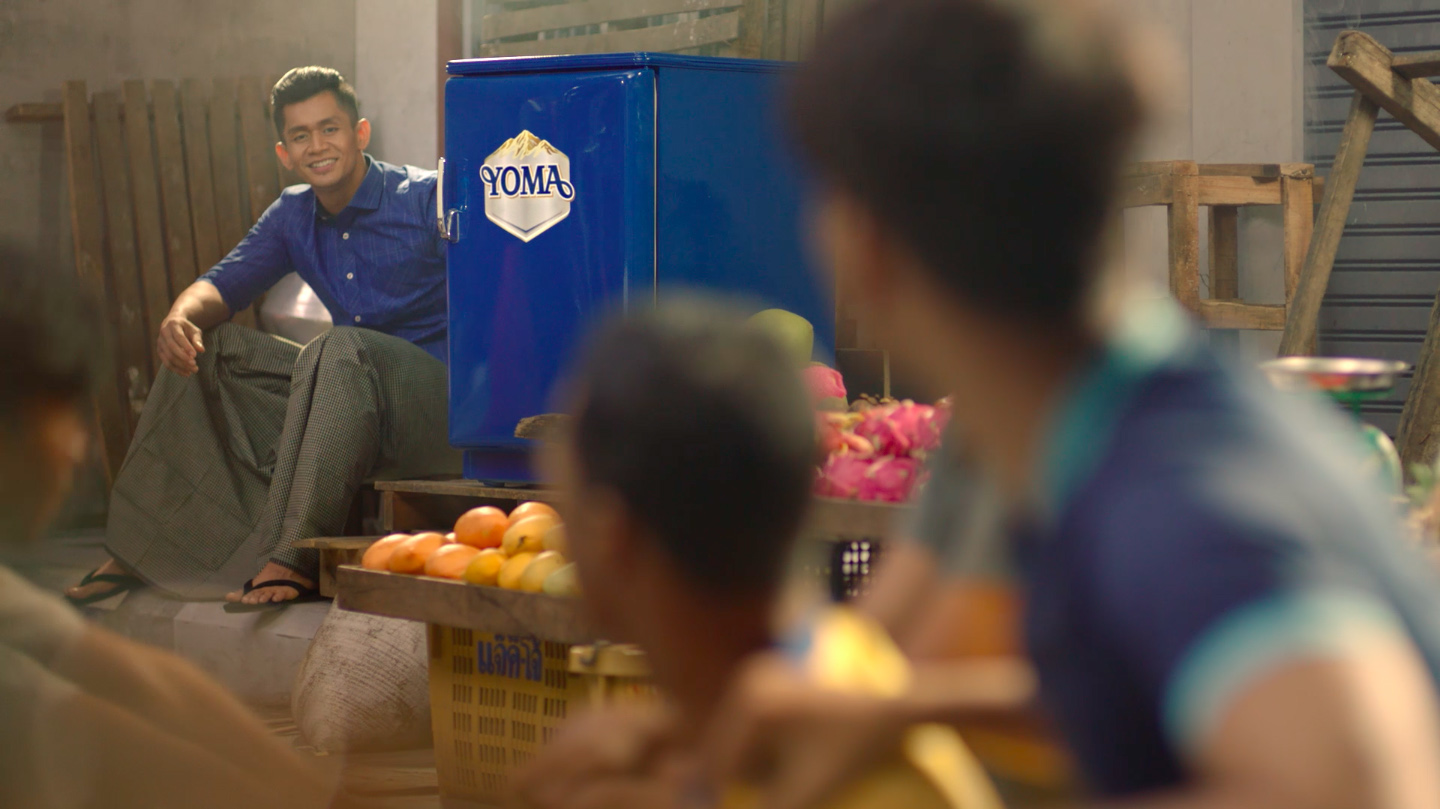 YOMA Beer was first introduced in Myanmar in 2014 by Danish beer giant, the Carlsberg Group. In a highly competitive market, YOMA struggled to establish a firm identity, leading the brand to stagnation. Carlsberg was even considering pulling the product from shelves this year if a relaunch proved unsuccessful. Our client saw this as an opportunity to invigorate the brand’s identity through working with us to produce impressive filmic TV commercials that reposition the beer as a gateway to “idyllic relaxation”.

Thinking Outside the Box

Instead of focusing on pack shots like most Myanmar alcohol commercials, we decided to build a story around narrative characters and their authentic facial expressions. We engaged local actors to feature in two spots that follow a group of young men who are tired after a football match. When they discover YOMA, they are transported into an alternate reality depicting picturesque views of epic mountains and stunning waterfalls. Our world-class production crew developed the narrative through careful storyboarding, magnificent cinematography and film production ingenuity, never before seen in Myanmar at this level. 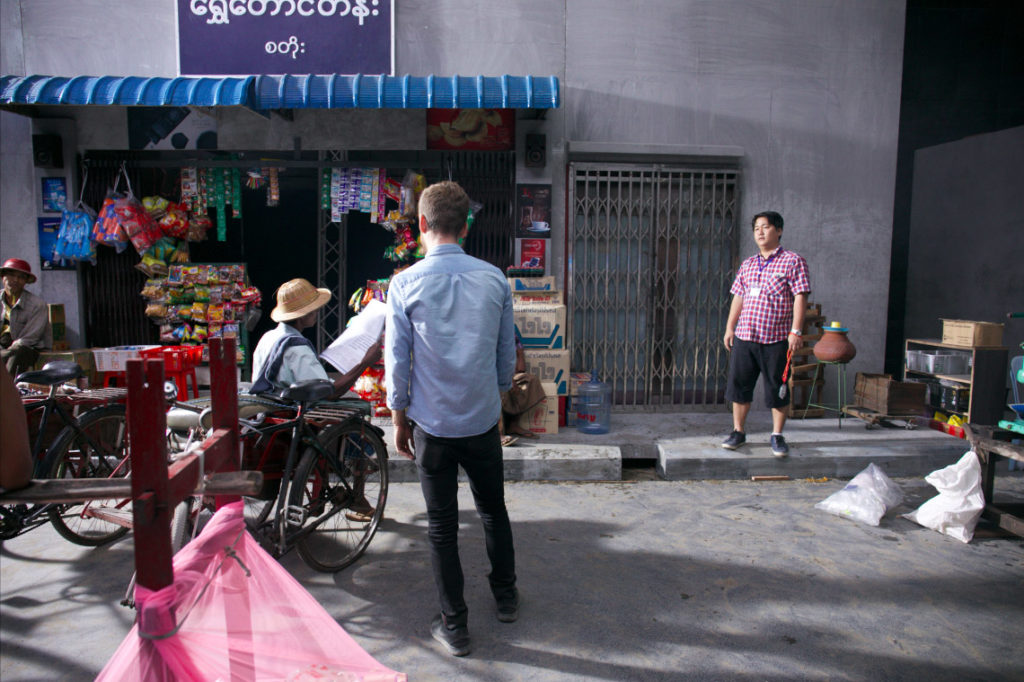 How We Did It

Faced with the task of scouting suitable locations during monsoon season, we opted to stage the shoots in an enclosed studio to achieve “idyllic” weather conditions, central to the messaging of the campaign. In a country where high-level film productions are in their infancy, finding a sound studio where we could set up such complicated scenes proved to be a challenge. Nevertheless, we managed to secure space in Myanmar’s newest film studio complex. To achieve the look of a realistic mountainside, we spent 24 hours building a set which involved moving 6 tons of dirt, turf, plants, trees and rocks into the studio with a further 12 hours required by our art department to dress the set. A 50×30 feet blue chroma screen served as the backdrop, allowing us key in the scenic vista in digital post-production. Working around the clock, our crews were able to flip the set into a street scene by day 2 of the shoot, ultimately building 3 complex sets in just 3 days.

A test of film production logistics, our team completed an extremely challenging shoot on schedule, working non-stop for 72 hours. Moreover, our storytelling approach proved to be highly successful, with YOMA rising to the top of Carlsberg’s portfolio in Myanmar. With our client receiving tremendously positive feedback on social media, we were able to surprise consumers that this level of production could be achieved in Myanmar. Check out one of the commercials from the campaign: