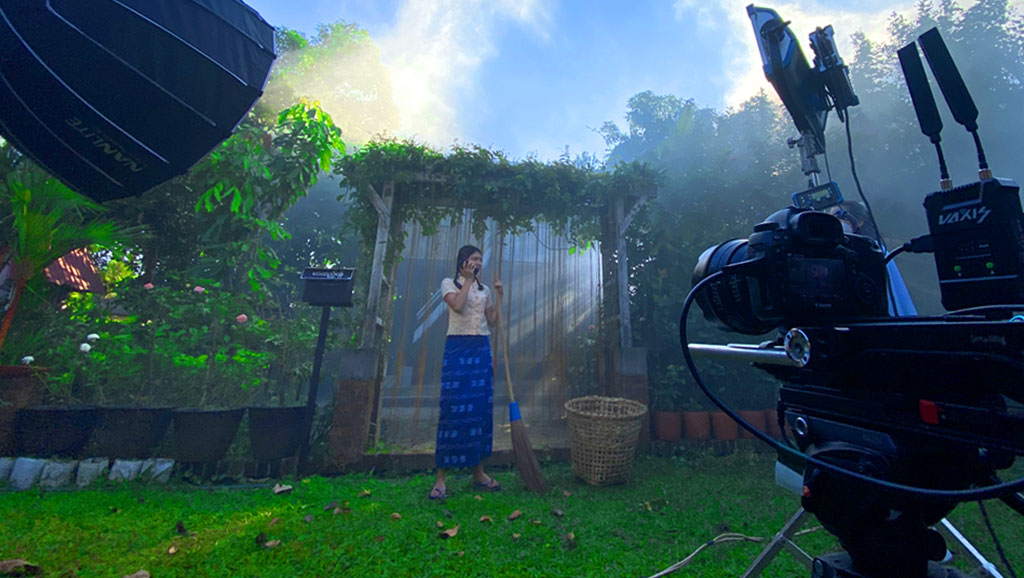 With growing advancements in technology, camera format sensors are growing in size. From 4K to 6K and all the way to 12K, the race for the biggest sensor on the market is becoming more significant, but where does it end? Is bigger really better?

2020 and the COVID pandemic clearly paralysed the film industry, but it also gave way to a more diverse and varied market for large format sensors as camera manufacturers sought to explore the gap in the market.

While all sensors perform the same basic job, not all sensors are created equal. Aside from the technical quality and capabilities of various sensor brands, the size of a sensor does directly affect image quality across both photos and video media and can even have an effect on things such as depth of field and dynamic range.

Where photographers may prefer to always use larger format sensors, thanks to a higher resolution, better performance in low light situations and more flexibility when it comes to dynamic range and depth of field, videographers may not agree.

When it comes to shooting video, bigger is not always better. Smaller sensors are often more superior depending on the shoot situation, thanks to improved readout speeds and higher video quality overall.

Overall, large sensors do have many advantages compared to Super 35mm sensors, but there are many disadvantages too. When looking at films and series produced over the last few years, it’s clear that it took a while for video cinematographers to adjust to large sensor formats.

For example, cameras used to shoot the most high-ranked Netflix series in 2018 and 2019 were still dominated by Super 35 formats – with Red Weapon and RED Helium dominating each year, respectively.

In 2020, most films premiered at the Sundance Film Festival still used the Arri Alexa Mini. At the Academy Awards, the same Arri Alexa Mini and other Super 35 cameras led the charts, topped only by traditional film formats.

However, as economies begin to slowly grow and shoots are able to take place once again with reduced pandemic restrictions rolling out in tandem with the first wave of vaccines, a look forward to 2021 shows a shift in trend.

When looking at the top-rated nominee predictions for the Academy Awards this year, we can see that the ALEXA LF, 65, Mini LF, and Sony VENICE helped to break the glass ceiling of large format. Other cameras like the Panavision, IMAX, and most surprisingly, the ARRI 765, tells us that producers have started to experiment with large format imagery in a bigger and better way.

The truth is, there’s really no competition between the two. The predicted shift towards large sensor cameras in 2021 may be an interesting development, but that is not to say they are better than Super 35 formats.

Many cinematographers, including us at Moonji Production, still feel the traditional look of Super 35, through the lens of the Arri camera collection, are more cinematic and carry more atmosphere that can be enhanced in post-production. Arri has even stated that “Many productions, in particular in TV, will remain with Super 35 for the foreseeable future,” which is why they expect to launch the new Alexa 4K Super 35 this year.

Yet, despite our preferences, many merits are still to be given to large sensor format cameras. After all, more and more series and films are being shot on large sensor cameras, which may sway the consumer trend towards a new style of video style.

Either way, the cinematic differences between Super 35 and large sensors are noticeable and significant. Each director, each producer, and each creative will have their own opinion, and each offers a unique approach to capturing a story.