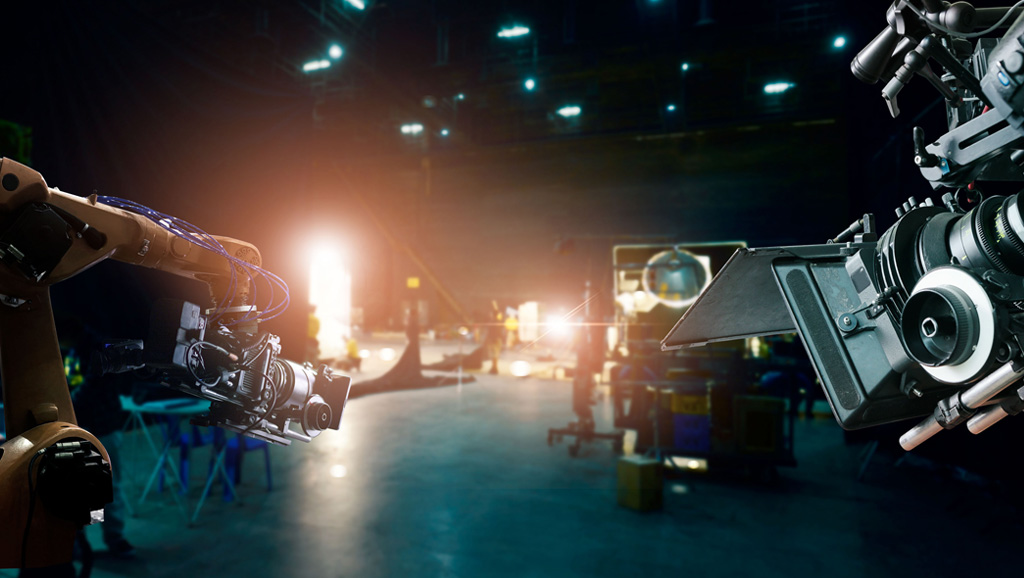 Artificial Intelligence in Production: The Good, The Bad, and the Downright Scary

Have you ever seen a movie or watched a TVC written or directed by artificial intelligence? How about watching something animated by a deep learning algorithm? These questions may still feel a little futuristic, but in the world of pre- and post-production, AI has already made its way into the mainstream – integrating itself into many aspects of the film industry before our very eyes.

Processes such as de-ageing characters on-screen, such as Robert De Niro and Al Pacino in The Irishman, or simply creating fully-digital characters like Thanos in the Avengers series are commonly conducted, executed and polished by machine learning and artificial intelligence. Simply put, AI has been the success behind many major motion pictures, and as the technology becomes more widely available and affordable, it’s presence will only become more commonplace.

But around all this buzz, there are thousands of professional editors with skills that have taken decades to develop worrying about their future. The most positive outlook suggests film professionals can adapt and leverage AI in their filmmaking process, creating a beneficial and symbiotic approach to the production process. Others see a more dystopian future of neural networks and deceptive machine learning taking us into an unknown world of art, media and subliminal messaging.

When creating a script or pitching a story, many creatives reach an impasse thanks to the personal tastes and opinions of those who sign the cheques. Revenue will always remain an important aspect of the industry, and risks are increasingly hard to take by humans, given the economic situation we’re facing today.

Thankfully, AI has the ability to predict the future before it’s even happened. For example, by feeding AI a large amount of data in the form of movie scripts, machine learning algorithms can predict the quality, popularity and effectiveness of a script and even come up with unique alternatives in the process.

Other AI-led improvements to visual production include noise reduction through neural networks and upscaling low-resolution photos and videos in ways never before seen. Topaz Labs recently introduced a program called A.I. Gigapixel, which took an image and increased its resolution by 3,600 percent. And we’ve all seen the 4K upscaled Lumière Brothers train video, right?

Hollywood today is home to a rapidly changing industry. Studios such as Warner Brothers and 20th Century Fox are now incorporating AI into not only their production processes but their decision making processes too. The decision on whether a script is good or a pitch has merit is being led by AI. Why? Because AI can read, evaluate and see trends in huge pools of data from the digital download and streaming habits of the everyday consumer, allowing it to find just the right material to reach the widest audience.

Some argue that creativity was stifled by the top brass in such companies, while others fear AI will lead us down a rabbit hole of bizarre and unexpected content production. And while AI may not be able to determine whether a film or series will be a hit (after all, humans are incredibly unpredictable), it can predict audience interest with growing accuracy.

For many, AI is still a force to be reckoned with. It’s unpredictability and super-human ability that surpasses even the most seasoned of creatives is unnerving at best. As technology improves, it will most likely dominate more and more of our lives, from the film industry to everyday interactions.

In production, when a script is changed after filming, a whole scene would need to be re-shot. Now, thanks to AI Deepfakes, tweaking dialogue and the facial movements that go with it are almost seamless. Now, whole scenes can be edited in post-production. Yet as useful as this seems, the ease of making Deepfakes is putting the world’s most well-known faces at risk of having their faces altered with ultra-realistic text-to speech-voice cloning and indistinguishable image altering.

And for the die-hard creatives, producers and editors out there, AI is now even trying to make its own movies. The science-fiction movie “Zone Out” was made in just 48 hours through a collaboration between Benjamin AI and Ross Goldwin. Although it may not win any awards yet, it’s an impressive feat that leaves us all wondering about the future of visual media and the power of AI technology.